LTG (Ret) Edward Soriano retired from the United States Army after 35 years of distinguished service on 1 March 2005. He served as the Commanding General, I Corps and Fort Lewis, WA prior to his retirement.  He joined Northrop Grumman Corporation in 2005.

Prior to his assuming command of I Corps and Fort Lewis, Washington in August of 2002, LTG (Ret) Soriano was the Director of Homeland Security, United States Joint Forces Command.  He was commissioned a second lieutenant of infantry upon graduation from San Jose State in 1970.

LTG (Ret) Soriano has held numerous leadership and command positions with airborne, light and mechanized infantry units around the world. He has commanded at all levels, as Platoon Leader, Company Commander, Battalion Commander, Brigade Commander, Division Commander, and Corp Commander.

LTG (Ret) Soriano has attended a wide variety of military schools culminating in his graduation from the Army War College in 1989. He holds a Bachelor’s of Science degree in Business Management from San Jose State University and a Master’s degree in Public Administration from the University of Missouri, Kansas City. 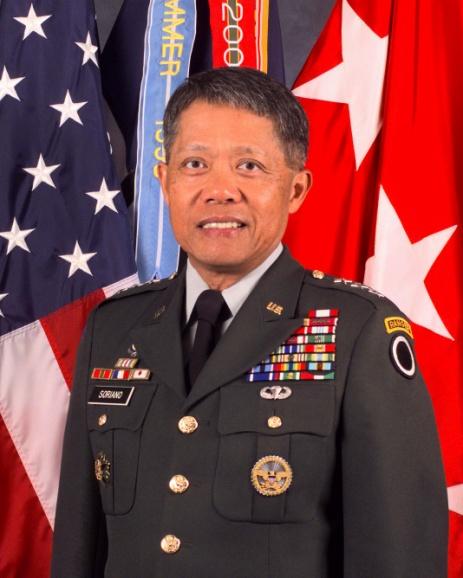